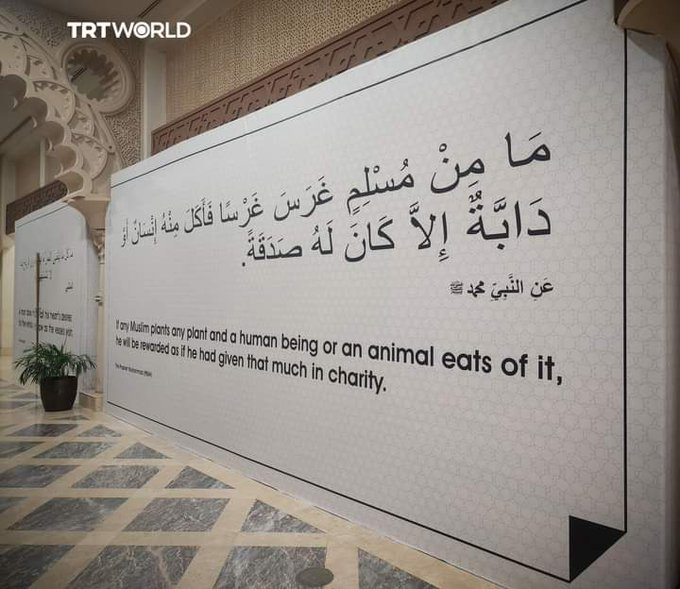 Qatar displays Prophetic Hadith ahead of FIFA World Cup to introduce the World to Islam : To introduce international fans to Islam, the government of Qatar exhibited murals depicting the Hadiths of the Holy Prophet. In addition to hosting the highly anticipated FIFA World Cup, Qatar is using the occasion to introduce the world to its customs, traditions, and culture.

Murals comprising the sayings of the Prophet on mercy, charity, and good deeds have been erected on the streets. Some of the Hadiths displayed on streets include “Every good deed is a charity”, “He who is not merciful to others, will not be treated mercifully”

If any Muslim plants any plant and a human being or an animal eats of it, he will be rewarded as if he had given that much in charity.

These murals in Pearl District of Doha, capital of Qatar, & in the corridors of commercial districts r inscribed with hadiths (sayings) of the Prophet & reflect the values ​​of Islam. They’ll draw attention of visitors during the FIFA World Cup Finals 2022 from 20/11 till18/12.

What are Prophetic Hadith?

Also read What are hadith- why are hadith Important?

The story of the boy and the king.