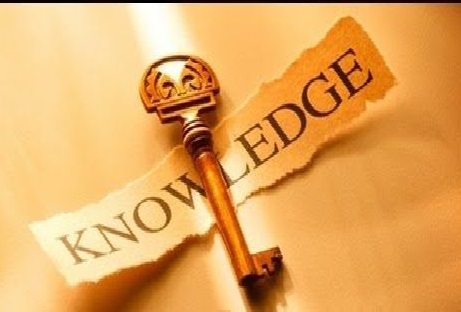 We are the ummati of Prophet Muhammad SAW and the first revelation of Quran to us was “IQRA” i.e Read. Do ou know that there is great great merits of ilm in our deen.

Prophet Ādam’s (ʿalayhi al-salām) superiority over the angels was due to nothing but his knowledge.

Allah taught Adam the names of all things (Quran :2:31)

“Allāh will raise those who have believed among you and those who were given knowledge, in high degrees.”(Al-Qur’ān, 58:11)

“Whoever pursues a path to gain knowledge, Allāh will ease for him a path to Paradise.”(Muslim, on the authority of Abu Huraira)

Contents hide
1 What is Ilm?’
2 Quotes on virtue of Seeking ilm

Ilm is the mighty merit that bestows on its possessor nobility and civility,honour and greatness and polishes manners and habits. It takes man to the extreme height and brightens his heart with the sacred light of Divine awareness, and orients his mind to the correct belief, and it sets hearts on the straight path of worship of Allah and obedience.

Islam makes necessary the acquiring of this merit and makes it the staircase to success in both the worlds. Islam values every kind of knowledge that does not hinder Islamic beliefs and deeds, and guarantees man’s progress to the zenith. Islam does not disallow knowledge of any kind whatsoever but show disgust with such learning as veers man towards the wrong path deters him from Allah and His messenger and takes him to atheism.

Religious knowledge is more essential and preferred then all other knowledge. Every Muslim is bound to acquire it in the light of the Prophet’s saying:

”To seek knowledge is an obligation binding on every Muslim.

Knowledge of religion is based on Allah’s Book and the Prophet’s (pbuh) sunnah. It is divided into two kinds

The fundamental or rudiments is to gain a learning of the book and the sunnah. Without it, the Quran and hadith cannot be learnt. Examples are the language, grammar, etc.

The (second kind) or objectives are a knowledge of the beliefs, deeds and manners. This is the knowledge that is really requred and essential. It is only after acquiring it that the straight path of adherence to religion and Shari’ah (divine law) comes before us. These together are also Known as ilm mu’amlat (knowledge of co-existence, mutual transactions).

Quotes on virtue of Seeking ilm

Here are some Quotes on Virtues of seeking Islamic Knowledge that will help you understand why is it important for a Muslim to keep seeking Knowledge that is beneficial.

Recommended read: Imam Al-Ghazali: The Book of Knowledge for Children(Amazon)

Hadhrat Mu’aadh bin Jabal RA said, “Acquire (divine) knowledge because learning it is fear of Allaah, going out in search of it is Ibaadah, rehearsing it is Tasbeeh, discussing it is Jihaad, teaching it to those who do not know is Sadaqah and spending it on those worthy of receiving it promotes nearness to Allaah.

Knowledge highlights what is Halaal and what is Haraam, it is a beacon for people on the road to Jannah, it is a companion in loneliness, a friend in the wilderness, a partner to talk to in solitude and a guide in prosperity and in adversity. Knowledge is also a weapon against the enemy and makes one shine out when amongst friends. Allaah elevates nations by virtue of this knowledge, making them leaders in virtue so that people follow in their footsteps, emulate their actions and always adopt their opinions. In addition to this, the angels are eager to be with them and rub their wings against them.

Everything on land and water seek forgiveness for them, even the fish and other creatures in the oceans and the wild animals on land. This is all , because (divine) knowledge brings life to hearts (that have died after suffering) from ignorance, it is a lantern of the eyes against darkness and by virtue of this knowledge, a person reaches the ranks of the chosen ones (of Allaah) and elevated stages in this world as well as in the Aakhirah. Thinking deeply about such knowledge equals fasting while learning and teaching it equals standing in salaah.

Iladhrat Abul Ahwas narrates that Hadhrat Abdullaah bin Mas’ood RA said, “No person is born an Aalim. Knowledge is gained only through studies.”

Hadhrat Qurra narrates that Hadhrat Abu Dardaa RA once said, “Acquire knowledge before it is taken away because its disappearance will be effected by the demise of the Ulema.

Hadhrat Abdur Rahmaan bin Mas’ood Faraazi reports that Hadhrat Abu Dardaa once ‘said, ‘Whenever anyone proceeds to the Masjid to learn or to teach anything virtuous, he receives the reward of a Mujaahid who returns with booty.”

Hadhrat Abu Dharr RA and Hadhrat Abu Hurayrah RA both said,
“Learning even a single chapter of knowledge is more beloved to me than a thousand Rakaahs of Nafl salaah.” They also narrate that Rasulullaah SAW said, “If death comes to someone studying the knowledge of Deen when he is still studying, he dies as a martyr.”

So will you now strive to seek ilm?