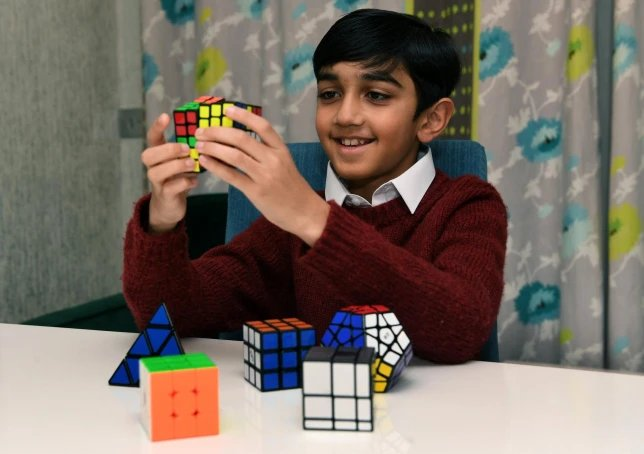 Yusuf Shah, an 11-year-old from Leeds British Muslim boy gets highest IQ score. He has scored 162 on an IQ test, outperforming geniuses Albert Einstein and Stephen Hawking, the Metro reported.

🗣‘I was so proud. He is the first person to take the Mensa test in the family.’

🗣‘I still tell him that, “Your dad is still smarter than you.” We take it all light-heartedly’ 😅

Achieving the maximum IQ for under-18s, he is in the top one percentile of the population.

The year six student’s score compares to that of world-renowned physicists Hawking and Einstein, who are thought to have scored 160.

“It feels special to have a certificate for me and about me,” he added.

Shah told the Metro that he loves doing anything that stimulates his brain and enjoys sudoku puzzles and solving Rubik’s cubes.

The math whiz began playing with the iconic cubes in January and cracked them in just one month.

To celebrate his achievement, Shah went to chicken restaurant chain Nando’s with his parents and brothers.