A List of Reliable Organisation to Donate to Syria

We are now witnessing one of the most horrific and deadly chapters of the six year conflict in Syria. A suspected chemical attack has killed over 100 men, women and children, with over 800 critically injured and in desperate need of medical attention.The death toll is expected to rise dramatically over coming days while the suffering continues.

You will be astonished to Know that According to UNHCR and OCHA, there are more than 4.8 million registered Syrian refugees, and 13.5+ million people inside of Syria in need of humanitarian aid.The United Nations has declared the Syrian conflict “the worst of the 21st century.”Bombardment has left those civilians still stranded throughout Aleppo without access to medical facilities, food or shelter, while tens of thousands of internally displaced refugees are also in urgent need of aid. 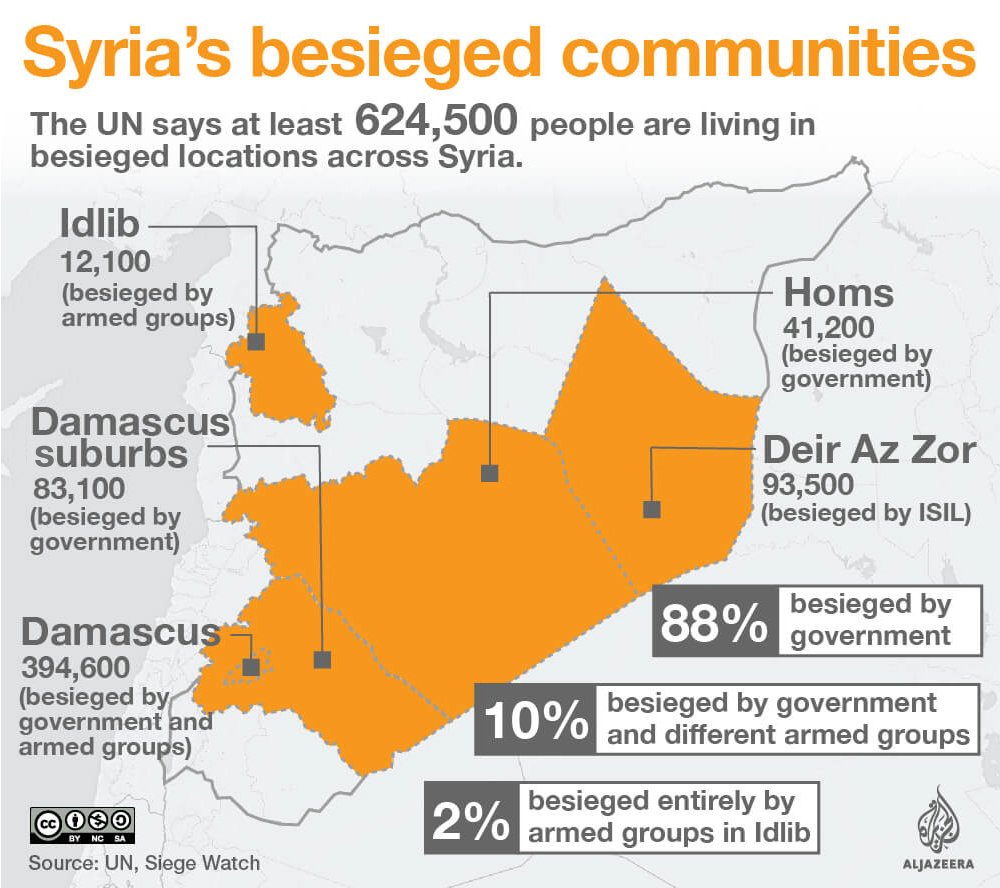 Here are some charity organisations you can donate to that are reliable and that are working Day and night for the Welfare of the People. And Why I prefer Donating to these Big Organisations because it is very difficult to deliver aid to these War stricken areas. The Rebels burn the buses delivering aid and block the aid from reaching them. In such Risky circumstances ,We can only rely on Proofs by the organisations who claim to aid the victims. I Researched on many Charitable organisations that are trying to Help Syria.And Here I found the best of them .I have also linked the organisations with their twitter Profile so that you can judge by their actions and decide for Yourself. It is my earnest request that If you are capable to Donate, Please Donate to the People of Syria ,Our Brothers and Sisters in Deen who are undergoing a very Very tough life .And If you do not have the resource to help,Please, Please Share this Article ,You never Know the donation of someone whom you informed can earn you equal rewards than that of the Donor.

Prophet (peace be upon him) said: “Whoever initiates a good practice (sunnah hasanah) in Islam and is emulated by others in doing so will get the reward of it and the reward of all those who act upon it without their rewards being diminished in any respect. ” [Sahîh Muslim: (1017)]

Donate to Syria : If You cannot Donate Share! Someone’s Donation may earn you equal thawab.

IR recently delivered medical supplies and aid to hospitals in Khan Sheikhoun, after the attacks most of this material was damaged #Syria pic.twitter.com/o1X1LHfHso

An organisation with ties to the Aleppo area, SAMS provides financial and logistical support to beleaguered medical professionals in Syria, as well as online learning resources for Syrian medicine students. Donate Here

Thanks to support of our donors, & work of our Turkey staff, we were able to stock our warehouse in #Syria with nerve gas antidotes! pic.twitter.com/5JLipNuRcu

What does @UNHCRinSYRIA do to provide #humanitarian aid for displaced ppl in #Syria? read more in our Annual report https://t.co/eaRPfoQ2aq pic.twitter.com/SAEqCzdcjI 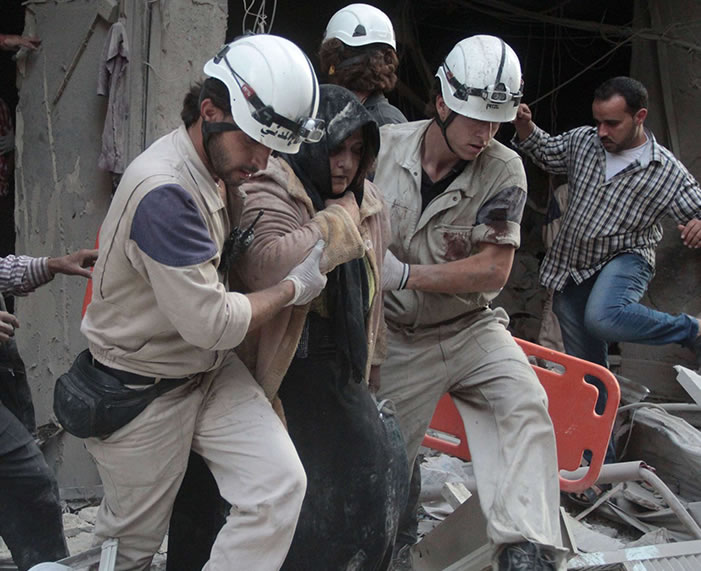 The Syrian Civil Defense, also known as the White Helmets, are a group of volunteers who search recently bombed locations and rescue surviving and or trapped civilians.Every day in Syria, volunteer rescue workers from the White Helmets rush to the scenes of bombings to pull people out from under the rubble and carry them to safety. Their courageous and selfless work has given hope to millions of civilians.

The White Helmets are an unlikely group of heroes. These former tailors, bakers, teachers and other ordinary Syrians banded together in 2013 to save the lives others were working so hard to take. They have now saved more than 85,228 lives. But for the work they do, White Helmet volunteers and their civil defence centres are often targeted. Russian and Syrian regime planes bomb civilians, and then they circle back bomb the rescue workers and medical workers who come to help.

By the end of 2016, the group had successfully saved more than 73,530 people from attacks in Syria. You can help by donating to the cause here.

IHH has been working since 1992 with the purpose to deliver aid to all people who are in need, who had a catastrophe, who are victims of war, natural disaster, etc. or wounded, crippled, starved, homeless and persecuted

1452 civillians among whom 4 injured people were evacuated early in yesterday morning from al-Waer of Homs in Syria to the safer areas. pic.twitter.com/Rwtcw4WsLi

Muslim Aid’s partner on the ground is providing emergency treatment to the victims of Syria Chemical attack  and  providing further treatment to those in need through their long-term, jointly-funded hospital in Syria.

You can Donate them HERE

After the chemical attacks Idlib, we must do more to help civilians trapped in Syria and those forced to flee their homes.

The world was shocked by images of children killed by a chemical weapons attack in Syria. President Trump invoked these images when he announced new military action on Thursday night.

As violence escalates in Syria, we urge President Trump to drop his ban on refugees once and for all.Tell President Trump: the innocent families who were killed in Idlib are no different than people who are attempting to seek refuge in the US. We must open our doors to them. You can Donate them here

If we truly want to help protect the people of #Syria, we must offer assistance as they flee in search of safety: https://t.co/hArqJW7y7x pic.twitter.com/END8BUCVlE

Syria Relief has a solid network of committed management and logistics staff on the ground inside Syria – currently numbering at around 1,700.

Syria Relief’s is determined to ‘relieve the suffering and support their future’, we provide this support and care to the 7.6 million people who are internally displaced by the conflict.They directly aid civilians and displaced communities while providing the tools and training to help them become self-sufficient; giving them the hope to survive within a war zone. You can Donate them here

Donate to Syria : If You cannot Donate Share! Someone’s Donation may earn you equal thawab.