This year, thanks to an unusual calendar quirk  Muslims and Jews can wish each other happy new year on the same day. Though they differ in many ways, both religions are ‘Abrahamic’ and share many similarities with recurring themes of repentance and renewal and practices of fasting and purification common to the two. Here is a look at what they are both about.

Muslims the world over are commemorating the 1438th Islamic or ‘Hijri’ New Year. Sunset on October 2 this year marked the beginning of the holy month of Muharram .

The Jewish (Hebrew) Calendar is based on luni-solar cycles and can have anywhere from 353 to 385 days in a year. It marks ‘the creation’ which is believed to have happened around 3760 BC. Rosh Hashnanah or ‘Yom Teruah’ is a two-day-celebration of the Jewish New Year for people, animals and contracts. It translates as ‘Feast of Trumpets’ and is the first of the Jewish ‘High Holy Days’. Rosh Hashnanah is the first day of the month of Tishrei and is said to be the traditional anniversary of the creation of Adam and Eve. Like Muslim festivals the day begins at sunset the evening before.

A harmonious interaction between Jews and Muslims could once be found in a tradition from Morocco. For hundreds of years, Jews would bring Muslims the ‘first bread’ with which to break their final Ramadan fast. Similarly, Muslims would bring their Jewish neighbours their first taste of bread when the Passover festival had ended.

It seems that thanks to the coinciding of the two events this year, similar interactions are taking place around the world. 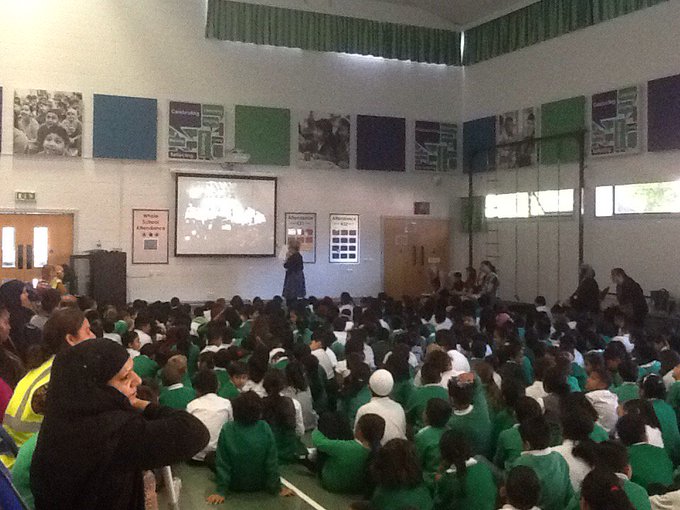 It seems that thanks to the coinciding of the two events this year, similar interactions are taking place around the world.

Worksheets
Stories
Dua
Quranic reflection
Hajj
Books
About Islam Hashtag 694 Articles
Islam Hashtag is about seeking the pleasure of Allah and learning new things. It is authored by Aafiya who is a final year student of Alimiyyah and is studying Hanafi Fiqh.