Umar ibn Al-Khattab was the Second Caliph of Islam. One Very touching Incident happened during the days of famine,which leaves a lesson to the rulers and to every One in an authoritative Position.

When it was the year of the famine. Umar(R.A) took pains to ensure that adequate relief reached all people, and  that there were no persons in the city who went to sleep hungry.

One night as usual Umar(RA) went on his round. He was accompanied by his slave Aslam. As he strolled from  street to street all was quiet and the people seemed to be asleep. Umar(RA) thought to himself, “Thank God,  there is no one in this city whom the famine has afflicted.”

Then as he turned a corner he saw a cottage where light was burning, and from where the sound of the  weeping of the children was heard. Umar (RA) went to the cottage. He saw that the lady of the house was  cooking something on the hearth, and the children were crying.

Umar(RA) knocked at the gate, and addressing the lady of the house Umar (RA)enquired why were the children  crying. She said that they were crying because they were hungry. “And what are you cooking”, asked  Umar. The lady said that in the kettle there was only water and stones. That was to while away the  children that food was being cooked for them. She hoped that exhausted the children would go to sleep.

Hearing this tale of woe, Umar(RA) felt guilty. He had thought that because of the arrangements made by him,  no one was afflicted in the city and here was a family which was starving. Umar said to the lady that he  would arrange relief for her family immediately.

Umar (RA)went to the Baitul Mal. There he put the necessary provisions in a bag and carried the bag to the  cottage. His slave insisted that he would carry the bag, but Umar said that he would carry his burden  himself. Umar(RA) handed over the bag of provisions to the lady. Umar (RA)sat by the hearth and helped the lady  cook the meals. When the meals were ready the children were awakened and served with the delicious  meals. As the children ate to their fill and were satisfied they smiled the smile of happiness. Seeing the  destitute children smile Umar(RA) also felt happy.

Umar(RA) enquired of the lady whether there was none to support. She said that the father of the children  had died, and there was no body to support. Whatever little was in the house had been gradually used  up and they were starving since the last three days.

Umar(RA) asked the lady why she had not brought her distress to the notice of the Caliph. The lady said that  in spite of her poverty she had some sense of self-respect and she could not go and beg the Caliph for  any favor. She added that it was incumbent on the Caliph to ascertain that there was no one in his  charge who was starving.

Umar (RA)said, “You are right. Please excuse me for the remissness in the past. For the future it will be my  responsibility to see that your wants are satisfied.”

And when the lady realized that the man who had come to her relief was the Caliph himself, she felt  satisfied that the Caliph had discharged his onerous responsibilities creditably.

If You Want to read More Stories about Hazrat Umar, Read this exceptional Book :

This book is printed in full color with attractive images and background colors. This book describes the fact that ‘Omar Al-Farouq was exceptional in his Faith, distinguished in his knowledge, profoudly wise in his thinking, remarkable in his eloquence, noble in his manners and great in the contributions he made to this Nation. 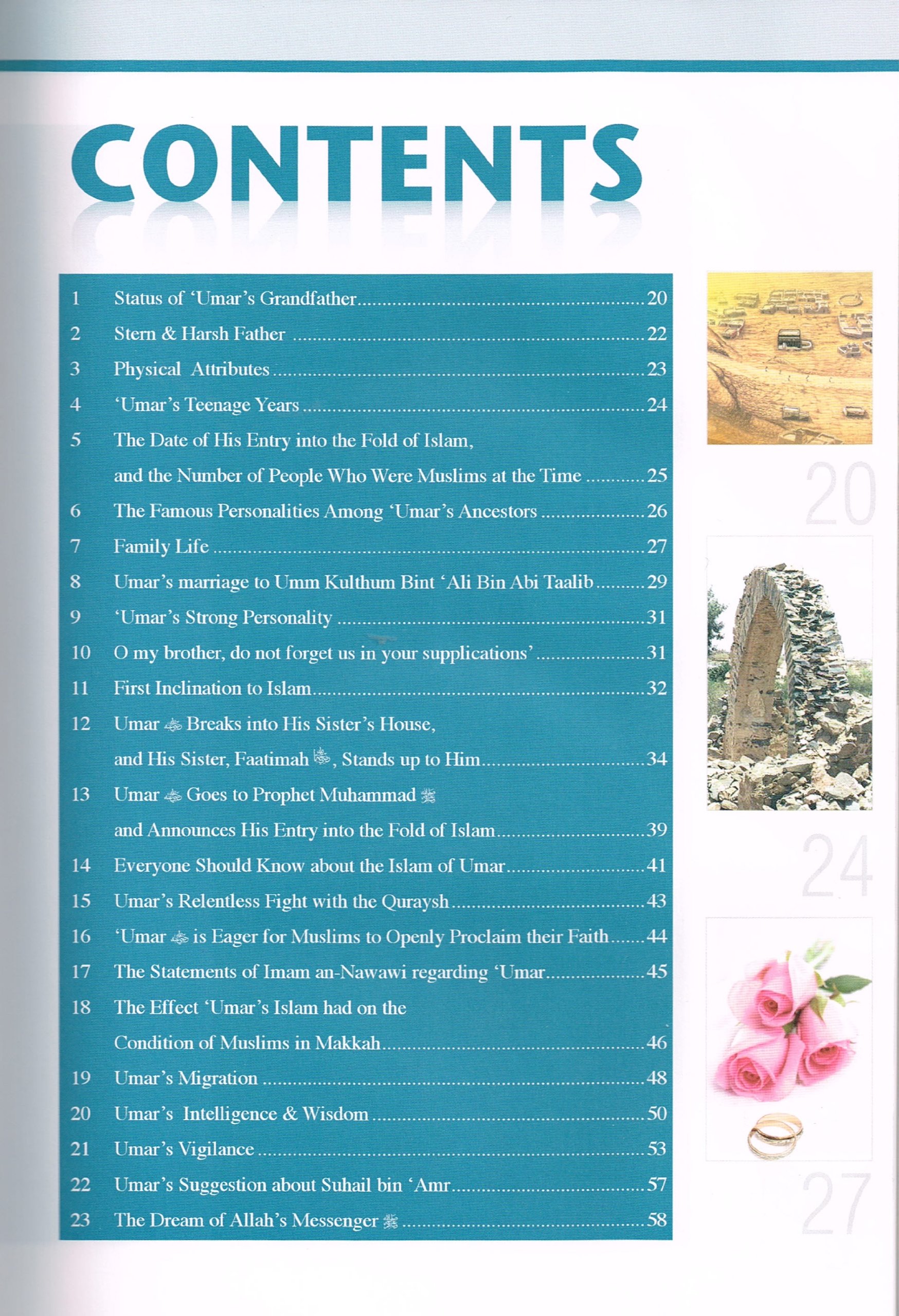 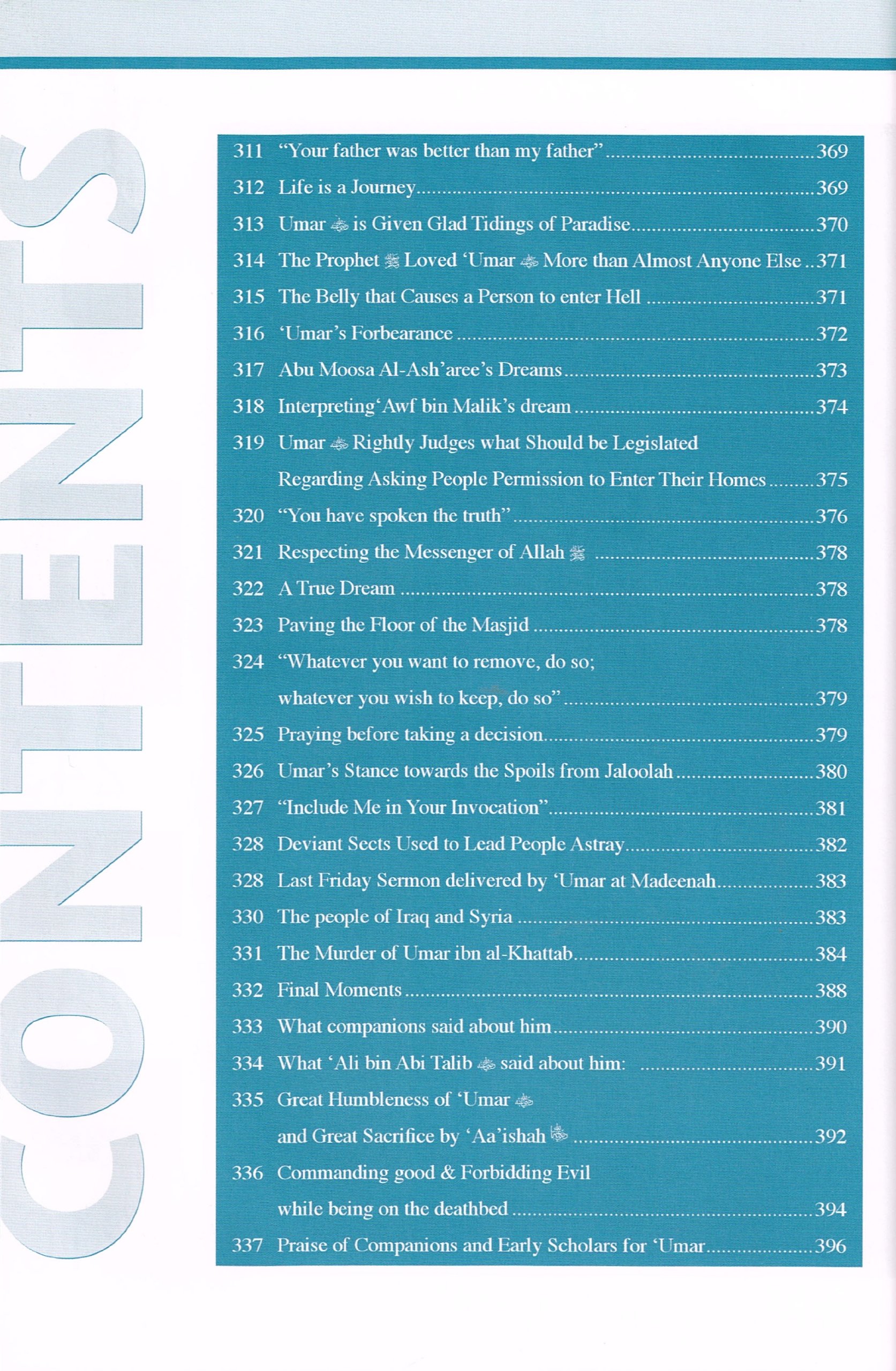 If You Wish to Learn more about Hazrat Umar, get this Book  at only $20  from Here