After a long and politically motivated period of resistance against the introduction of an Islamic finance regulation framework in India, the country is now finally opening up to join the global Islamic finance club. The Reserve Bank of India, the country’s central bank, made a proposal in its annual report issued two weeks ago to introduce such a framework. The move came after former governor Raghuram Rajan handed over the reins to economist Urjit Patel who is said to have a more inclusive approach towards the banking sector in India.

“Some sections of Indian society have remained financially excluded for religious reasons that preclude them from using banking products with an element of interest,” the central bank’s proposal says, adding that “towards mainstreaming these excluded sections, it is proposed to explore the modalities of introducing interest-free banking products in the country in consultation with the government.” 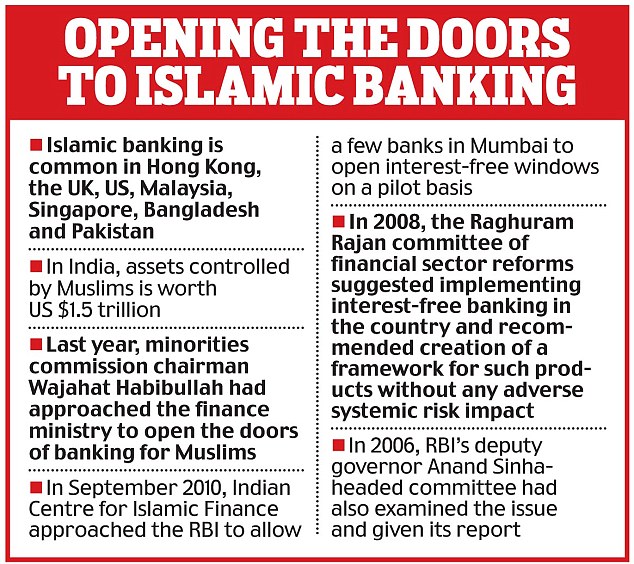 Islamic finance has developed slowly in a country with the world’s largest Muslim minority in numbers, namely 180mn people, owing to opposition from officials and politicians from the ruling Hindu-nationalist Bharatiya Janata Party. However, the resistance grew weaker over the past years as India felt the heat of the various crises of the global conventional banking system and also sought ways to tackle widespread financial exclusion of the Muslim population.
In 2015, the central bank recommended to allow Islamic banking windows at conventional banks to offer Shariah-compliant finance vehicles such as murabaha to explore the potential of Islamic finance. It also suggested that Islamic finance could be offered through non-banking channels such as investment funds or lending cooperatives.
Government-owned Exim Bank this April announced a collaboration with the Islamic Corp for the Development of the Private Sector, a unit of Saudi Arabia-based Islamic Development Bank (IDB), to extend a $100mn financing line to support the export of Indian goods to Muslim countries. The IDB, in turn, said it will open its first Indian branch in Ahmedabad in the near future.

The southern Indian state of Kerala experimented with Islamic finance as early as in 2000 with a financial company called Alternative Investments and Credits Limited based in Kochi which promoted interest-free financing vehicles following Islamic banking principles. In 2013, Cheraman Financial Services was launched, a non-banking finance company promoted by the Kerala State Industrial Development Corp and focusing on Shariah-compliant financing projects such as land and housing development scheme based on waqf, Islamic endowments and donations.

On the broader market, a number of asset management companies such as Taurus Mutual Fund and Tata Mutual Fund offer Shariah-compliant investment schemes in India, not specifically marketed as “Islamic,” but as “ethical funds” in order to appeal to non-Islamic investors as well. Additionally, some banks offer portfolio management schemes which follow Shariah rules in their stock selection.

In a next step, a special legislation for Islamic finance would be drafted, aiming at establishing a fully-fledged Shariah-compliant banking and finance system to coexist with conventional banks in India. Such a legislation, or an amendment of the existing banking law, needs to be passed by parliament and thus be supported by the incumbent government.
Support is expected as India – acknowledging the upward trajectory of the global Islamic finance industry – is working towards broadening its potential to become a favoured investment destination for Middle Eastern and Southeast Asian investors looking for Shariah-compliant investments. For public investments, for example in much-needed infrastructure improvements, sukuk are increasingly seen by the Indian government as an alternative source of funds to allow issuers and investors to participate in major infrastructure projects such as airports, bridges and power-generating facilities.

Islamic Banking could break the cycle of debt and interest Payment

In the agricultural sector, Islamic finance could help break the cycle of debt and interest payments which often hampers the economic progress of farmers and smallholders.
Observers say that with the Indian government’s approach towards Islamic finance having turned positive, the introduction of a respective framework could happen relatively quickly after the central bank has been working on a way for the entry of Islamic banking into India for nearly a decade now.