What’s the best gift your boss has given you for your work? Gave you a month’s bonus?Well, a generous boss of an Indian Muslim restaurant Singapore Zam Zam saved for three years to take 27 of his staff to Makkah for their first Umrah, to repay them for their years with the company. 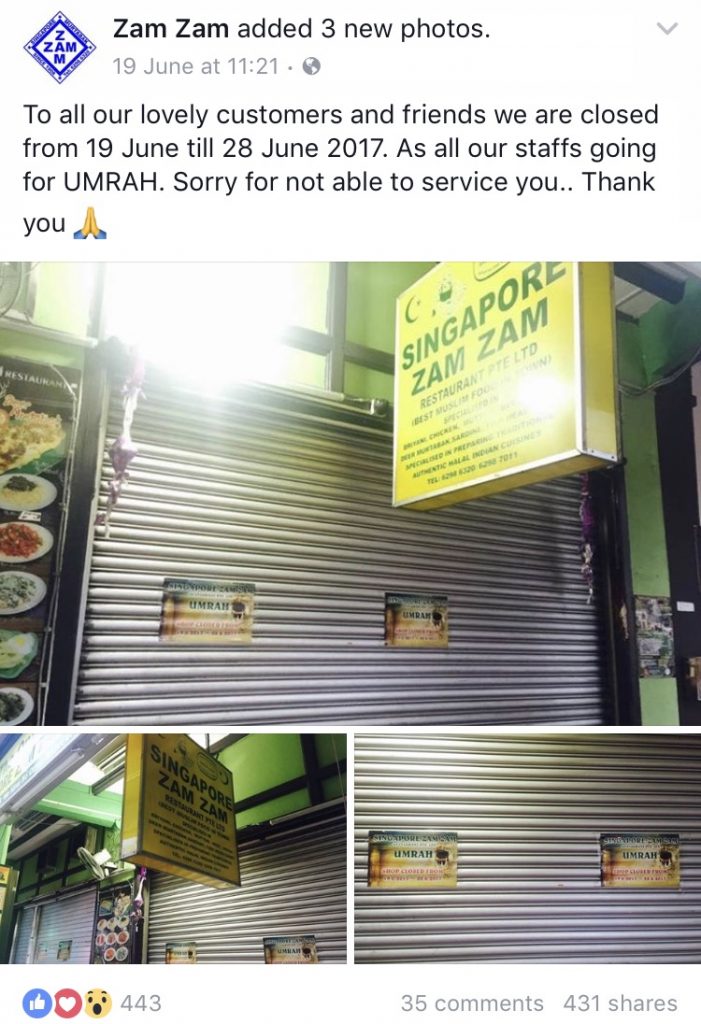 The restaurant was closed for 10 days from June 19 to June 28 as most of its staff had gone for the pilgrimage during the last days of Ramadan, and reopened on Thursday (June 29) to welcoming customers.

Mr Zackeer Khan, who has been manager at Zam Zam for almost six years, told The Straits Times on Thursday that the company paid for the 28 travellers’ visas, tickets and hotel accommodation for nine days. He said,

“We do this for our workers because they’ve worked very long and very hard for us.”

While Mr Khan declined to comment on how much the trip cost, a check on five websites offering umrah packages from Singapore shows that it costs upwards of US$3,000 per person, or about US$84,000 for all 28 men. 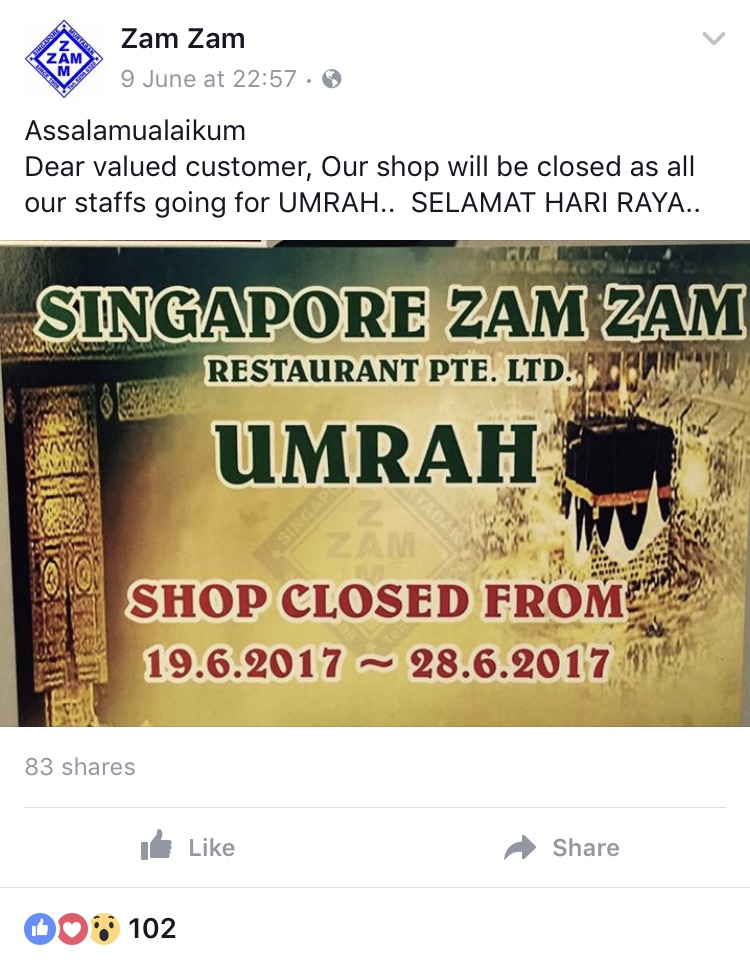 Zam Zam said in a Facebook post that it will be closing from June 19 to June 28 as all of its employees have gone for umrah to Makkah. He excitedly said,

“All of the staff, it’s their first time going for umrah. They don’t know if they will be going back. We must go in our lives, at least once.”

He said the trip was very good, and the place was buzzing with visitors. The men donned Zam Zam jackets and brought along a Zam Zam banner which they posed with for photos in the sacred city. 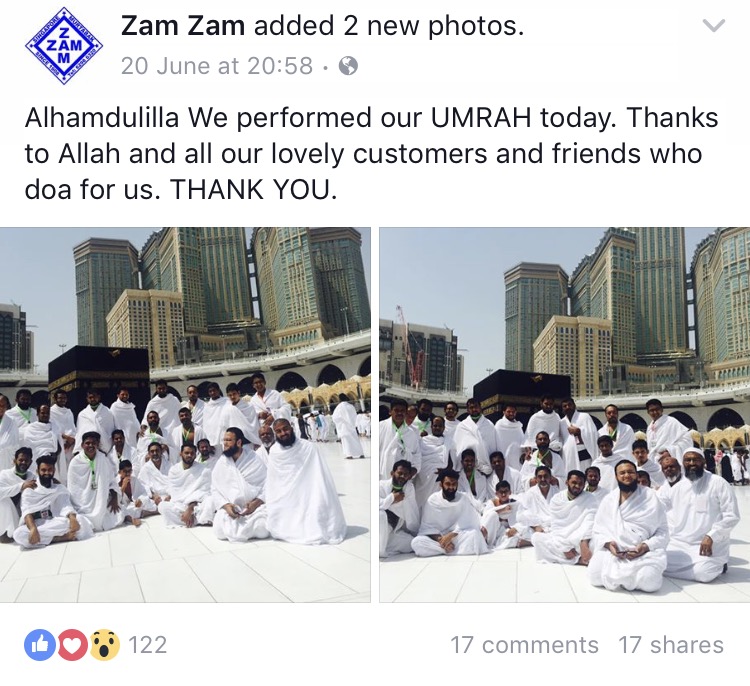 They chose to go during the last 10 days of Ramadan, even though the restaurant’s business would be booming, because of the special prayers held keeping in mind the night of power. Mr Khan said,

“The workers, they all cried and were very happy.”

The restaurant reopened on Thursday and customers were happy to see them, he added.

“When we were gone, our customers were messaging us, saying they miss our food,” he said with a laugh.

“Actually we did not (publicise it on Facebook) to let people know that we’re very great, we just put the notice because we didn’t want people from Johor and Tuas to come all the way and see that our shop was closed.”

Zam Zam had put up a notice on its Facebook page on June 19 informing its customers of the closure. The eatery is open seven days a week, from 7am to 11pm.

When news broke of the restaurant’s closing for its employees to go for an umrah, netizens applauded the move and wished them safe travels.

An employee who has worked at Zam Zam for seven years, 30-year-old Navas Koleth, said he felt blessed. He said,

“I’m really happy to work here, it’s very difficult to find a boss like this who can sponsor (our trips).”

“We are like a family. It was really nice to be there, it was our dream. Our restaurant usually does not close and it’s really difficult to get off days during Ramadan because we’re so busy, so it was really surprising when my boss said he’s going to umrah and said anyone who wants to come along can come.”

May Allah reward the boss immensely for this heartfelt gesture and accept the umrah from all.

Japan unveiled a ‘Mosque on Wheels’ for the 2020 Olympics