Swarms of black crickets covered Makkah and its Holy Mosque, triggering a citywide fumigation and leaving residents perplexed by the phenomenon.

Images of the crickets, belonging to the true cricket family, have taken social media by storm. Several images and videos show thousands of the insects in schools, houses and the Holy Mosque. 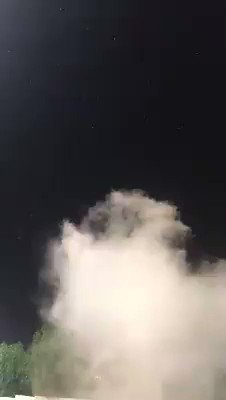 Makkah Municipality confirmed the phenomenon, which residents say has never been seen before, and conducted a citywide fumigation.

“On Saturday night I was praying at the Holy Mosque and the insects were everywhere, the mosque was drawing them in, not only in the yards, but even around the Kaaba,” Abdulwhab Soror, 64, told The National.

“I’ve been living in Makkah my whole life and I’ve never witnessed something like this before,” he added.

The phenomenon even baffled wildlife experts. Dr Jacky Judas, manager and scientific adviser of terrestrial biodiversity at the WWF and Emirates Nature, said this was a first.

He said the source could be some businesses on the Arabian Peninsula that cultivate crickets for bird feed. Some of the insects could have escaped and spread to Makkah. He is working to identify the species but says they could be related to the true cricket, Gryllus campestris.

“It could be an incident where one captive breeding has escaped and spread in big numbers, otherwise maybe there has been specific conditions that favour their development and breeding,” he said. “But I don’t know what that would be.”

Cricket swarms have been reported in Peru and West Virginia after intense heatwaves.

Makkah Municipality has appointed almost 130 people to tackle the issue. “We are focusing on the areas of reproduction and breeding of insects, sewers, and open water source around the yards of the Holy Mosque and in all toilet scarred in the yards of the mosque,” the municipality said.

It later published pictures of an environmental protection team as it sprayed pesticide in areas surrounding the Holy Mosque. 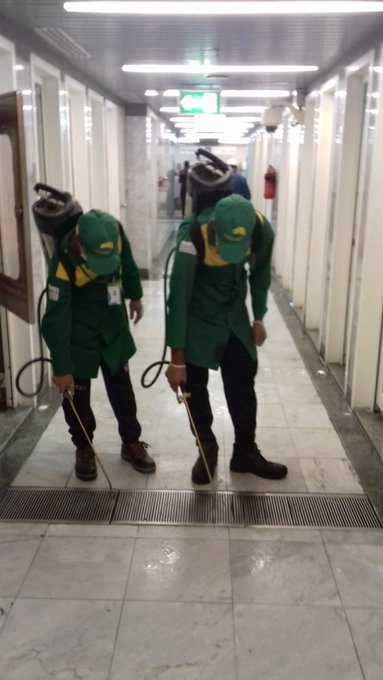 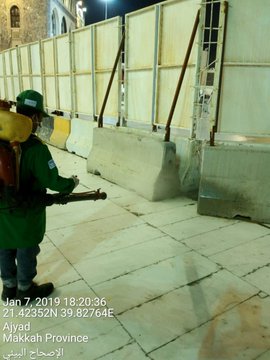 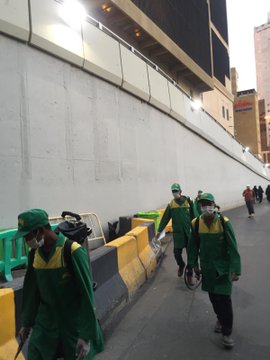 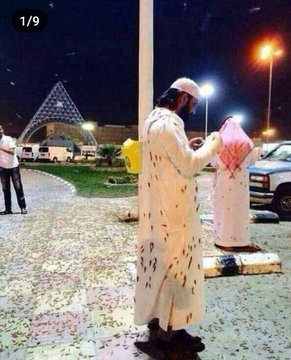 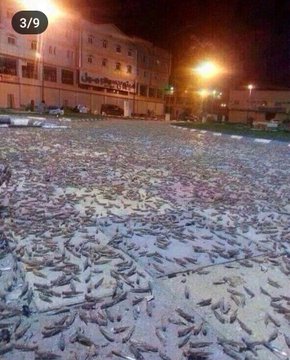 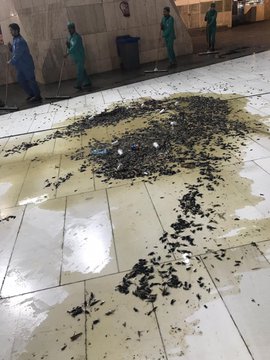 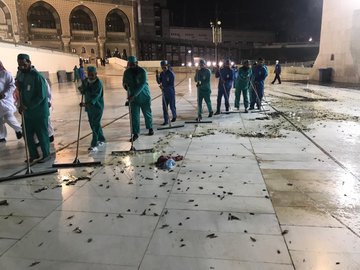 Residents of Makkah told The National that the insects were seen in other neighbourhoods in Makkah.

One resident, who asked not to be named, said: “In the last few days I have been finding an increasing number of crickets in my house and near the door. I didn’t use to see them around this often.”

A video of school being fully covered with the insects went viral as well.

Schools in Khalis, a suburb in Makkah, evacuated students after a cricket infestation was found last week.