According to Astronomers,there will be full moon over Masjid Haram tonight. It is said that the full moon will align directly above the Kaaba, Islam’s holiest site, in Saudi Arabia’s Mecca, today (Thursday, January 28, 12.43 am.)

The rare celestial phenomenon will take place on Thursday at 12:43 am local time when the people of Mecca will be able to see with naked eyes the full moon appearing vertically above the Grand Mosque.

“The moon will rise with sunset from the northern/northeastern horizon, and set in the northern/northwestern horizon, which means that it will simulate the high path of the summer sun after six months across the night sky, but in the north of the Arctic Circle, the moon stays 24 hours above the horizon, like the midnight sun in the summer,” Majed Abu Zahira, president of the Jeddah Astronomy Association, said in an interview with Al Arabiya. 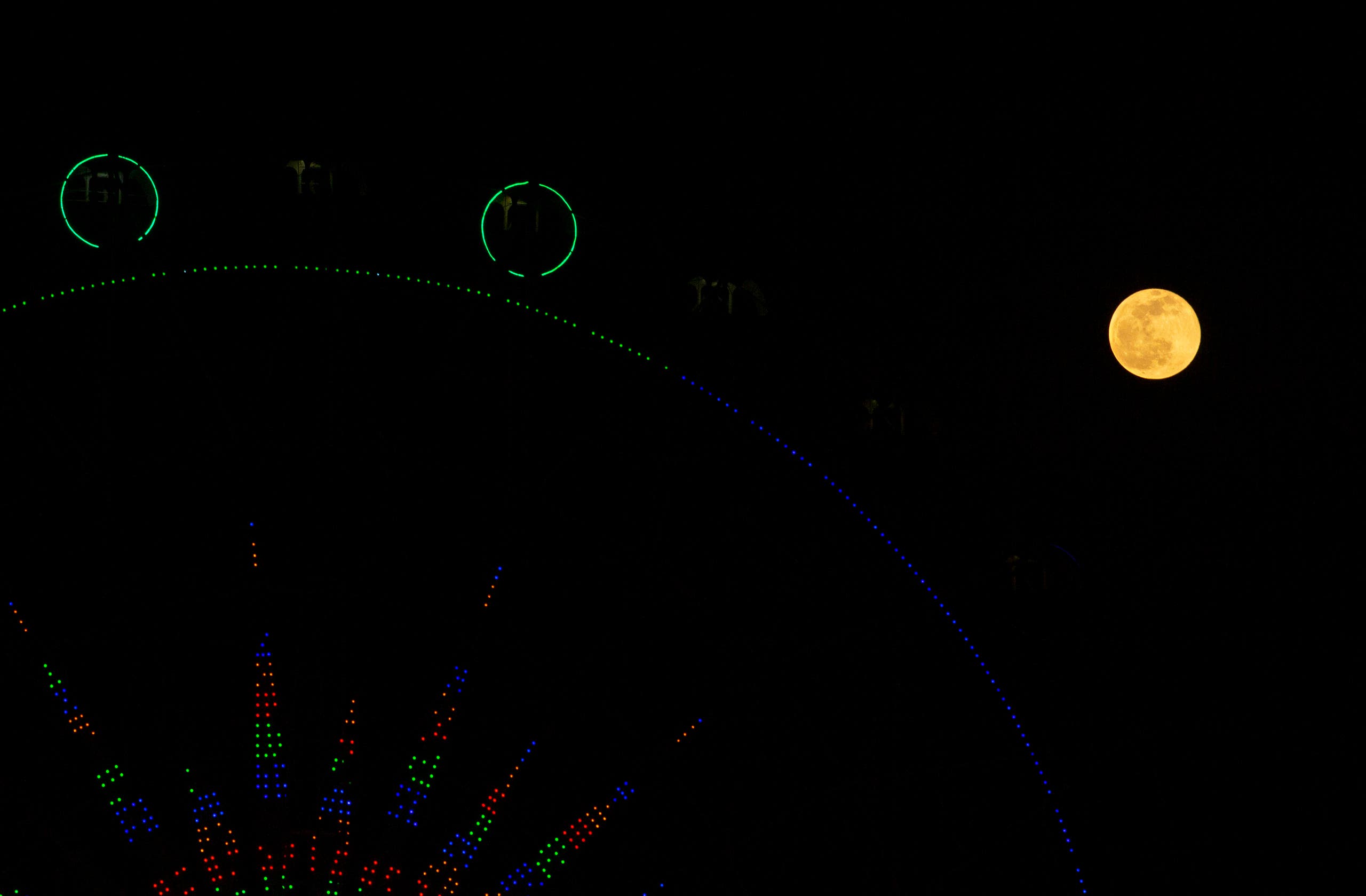 The full moon is pictured above a ferris wheel in the southern Iraq city of Basra on December 30, 2020. (AFP)

“The moon will remain visible in the sky for the rest of the night until it sets with the rise of the Friday sun,” he added.

He added that celestial phenomenon can be used to find the direction of the Qiblah (direction toward the Kaaba) in a simple way from several regions around the world, as Muslims in geographical locations far from the Grand Mosque can rely on the direction of the moon that points to Mecca “in a manner comparable to the accuracy of smart phone applications.”

Are you going to Watch out ?