All Praise and thanks belong to Allah alone,the One the Almighty and all Merciful and blessings be on Prophet Muhammad,the last of his Messenger and Prophet.As Parents We often worry about the practical aspects of raising our children: providing them with their basic physical,emotional and cognitive need.Here are few Tips of Islamic Parenting that can help build a rock solid faith in our children’s hearts and Mind.

As a Parent How much plan and effort do we put in shaping the eternal future of our child?Indeed our top priority as a parent should be to nurture them and strengthen them spiritually. Our Prophet(pbuh) was very careful and loving towards the children. The Prophet Mohammad (P.B.U.H.) did not excuse any one from responsibility that Allah has put on every individual to build the Islamic society: the ruler is responsible: the man and woman are responsible…. all within their capabilities, domains, and authorities…, and the loss of Islam from our Muslim Ummah these days is nothing but a result of the neglect of responsibility…

Here are some conclusion that we can derive from Hadith of Prophet Muhammad(pbuh) directed to parents in Islam for effective Islamic Parenting.

1)Never deprive your child of love and affection.

Our Prophet (Sallalahu alaihe wa sallam ) would never refuse his affection to children, no matter what they did because affection builds a child’s self-worth. Narrated by Abu Huraira: Allah’s Messenger (peace and blessings be upon him) said, “No child is born except on Al-Fitra (Islam) and then his parents make him Jewish, Christian or Magian, as an animal produces a perfect young animal: do you see any part of its body amputated?” (Bukhari).

Without Islam, we lose our balance. This is why Prophet Muhammad (swas) and the Noble Qur’aan are called Haadi, The Guide. A child is born pure without defect, but his environment amputates him from his blessing: his Islam.
Abu Hurayrah (RA) once said: “The Messenger of Allaah (swas) kissed al-Hasan ibn ‘Ali, and al-Aqra’ ibn Haabis al-Tameemi was sitting with him. Al-Aqra’ said: ‘I have ten children and I have never kissed any one of them.’ The Messenger of Allaah (swas) looked at him and said: ‘The one who does not show mercy will not be shown mercy.'” “Whenever he (Muhammad, swas) came back from a journey, the children of his household would be taken out to meet him.” He (swas) used to hug them close to him, as ‘Abd-Allaah ibn Ja;far said: “Whenever the Prophet (swas) came back from a journey, we would be taken out to meet him. One day we met him, Hasan, Husayn and I. He carried one of us in front of him, and another on his back, until we entered Madeenah.” (Saheeh Muslim, 4/1885-2772; see the commentary in Tuhfat al-Ahwadhi, 8/56).

2)Play with your children – AS A CHILD! 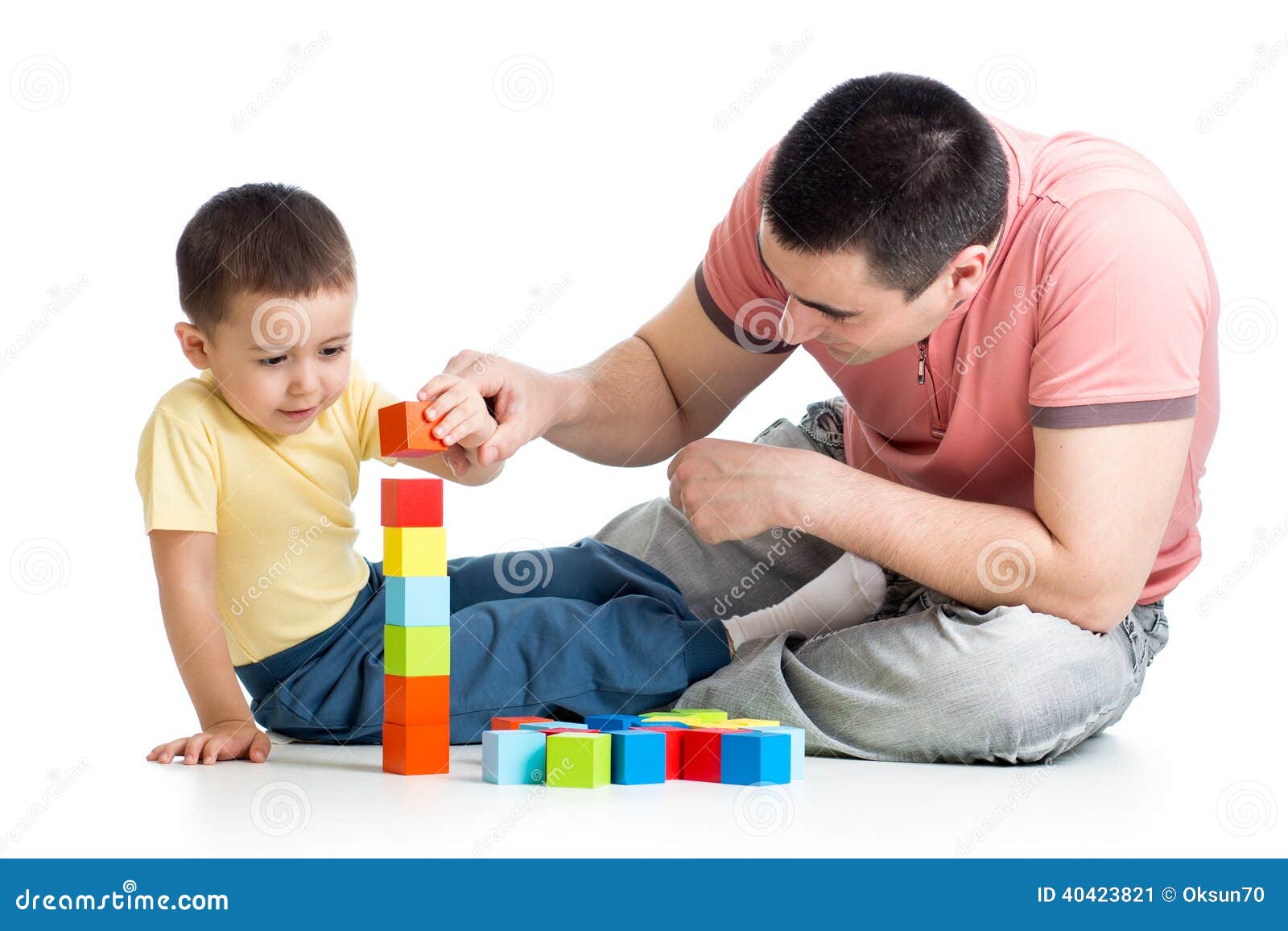 The Messenger of Allah, peace be upon him and his family, has said, “Whoever has or is around children should play with them as a child!”

An important part of play for young children is to play with their parents, and there should be sometime for this every day.Many times, parents are too busy with work commitments, business trips, personal engagements and trying to save the world and they don’t have enough time for their children and so they let them be baby-sat with electronics. This them becomes a very affordable way to “deal” with our children, however cutting ourselves off from our children and their day to day lives will definitely cause issues in the future.

One Hadeeth of Prophet Muhammad(pbuh) says that We should give them time although it may affect our Work. Prophet Muhammad (swas) said, “Allah has indeed said your children shall be a temptation to you,” and he said to the boys (his grandchildren, Hasan and Hussein), “Dear little ones, it is because of you that a man could forget his tasks he must do. You are the perfume of Allah!”Here, he did not say that they were preventing him from his responsibilities, but that he was grateful to have them around and disturbing him

A child needs to be praised to feel good about himself. Our Prophet (swas) used to carry his grandsons, Hasan and Husain (may Allaah be pleased with them) on his shoulders. When an onlooker once remarked: “What a ride he is having!”, the Prophet Muhammad (swas) promptly said: “And how majestic is the rider!” (Tirmidhi).
A child who tells himself, “I am lovable” will tell himself, “I am confident, Allaah loves me so I love Allaah.”

The Messenger of Allah, peace be upon him and his family, has said, “Have love for your children and show compassion towards them and when you promise them something, then live up to your promise since indeed they do not recognize you except as the one who sustains them.”
Kids live in their emotions, and when they hear something being promised to them, they get very excited. They can picture the promise happening and keep it with the mind in a way that is much more powerful than we are able to.

For this reason, they will not ever forget what you promise them! So don not even think about making a promise that you might not be able to keep.In addition, from a Quranic perspective, fulfilling one’s promise is an obligation which Allah makes reference to many times in the Qur’an that a believer is one who “fulfills his promise” and that he will be questioned on the Resurrection Day about promises which he made but did not keep – so not only will this affect a parent’s own spiritual ranking, but it will also affect the children’s perception of the parents and ultimately the religion.

5)Teach your Children the Essence of Faith!

The Messenger of Allah, peace be upon him and his family, has said, “Acquaint your children with religious teachings (of Islam) before the disbelievers get to them.”
It is of vital importance that we instill Islamic teachings into our children as soon as possible – even before they come into this world when the mother is pregnant; however the “first” madressa lesson of our children should come when they arrive into this world and the proud parent recites the Adhan and Iqamah in the child’s right and left ears respectively. Sadly however, from this day forward, the teachings of the faith are left to the “community leaders”, the Madressa or others, as the parents are either too busy or do not have the prerequisite knowledge to teach even the fundamental basics to their children – and this is something which needs to stop.

We can live Islam on Daily basis by ensuring that the children are made aware of prayer times either through an Adhan alarm clock, Islamic apps/Softwares making sure that the children perform wudhu or at least go through the motions and are then encouraged to stand and make the salat in Jamaat AT HOME on a regular basis; helping the children learn the recitation of the Qur’an and different supplications;get them a Quran that they can read and Understand themself,Read to them  Islamic Stories,get them educational games that teach Islam and Play with them with their Islamic toys.taking the children to Umrah, Ziyarat, etc… to further acquaint them with the religion – these are all simple ways that the family can grow together in Islam – and remember that, “The family that prays together, stays together.”

A Stern Warning from Prophet Muhammad for Islamic Parenting

We close with a stern warning from Prophet Muhammad, peace be upon him and his family, in a statement which he made which should make all Parents in Islam think very carefully about their role as parents and guardians of children:
The Prophet, peace be upon him and his family once looked towards some young children and said, “Woe be upon the children of the latter days from that which their fathers will do (to them).” It was said, ‘O Messenger of Allah! From their fathers who are polytheists? He replied, ‘No! From their fathers who are believers however they do not teach them anything from the (religious) obligations and whatever they teach their children from the (transient) world, they only teach them that amount which will allow them to “get by” with ease. Indeed, I am not from them, nor are they from me.”

This powerful statement of the Prophet of Mercy is important for numerous reasons as he focuses on both aspects of life – this transient world and also the spiritual teachings. He shows us in this short saying that it is not enough for the father (and mother) to only focus on “spiritual teachings” – although these are extremely important and all parents must ensure that they impart the religion and its comprehensive nature to the next generation, but also that the Prophet was looking at fathers who did not even give their children knowledge of the world which we live in There are many life skills which are not taught in the public school system; there are even many more things which need to impart to our children but are not done in a Madrassa system – so where can our children go to find such gleams of wisdom?

Do we expect them to Google everything for an answer!? Most likely they will go to their friends – some of which may not have the correct moral system and may teach them things but not necessarily thing which we would like for them to engage in – and this can result in the spiritual destruction of their souls.
Thus, we need to ensure that we do our best to teach our children about the world we are living in and how to maneuver around the system and its intentionally designed pitfalls and caveats.